Easter: We Have Been Raised with Christ. Easter is More Than a Day; it is a Way

Easter is more than a Day, it is a Way; A Way of living our lives differently now in Him. We are invited to do that by living them in His Church, which is His Body, for the sake of the world. That world created through Him out of love was lost due to sin. He came among us and began creation anew. That is what we celebrate. Death has been defeated by His Saving Death. In His Resurrection, we now live no more to die, Alleluia! 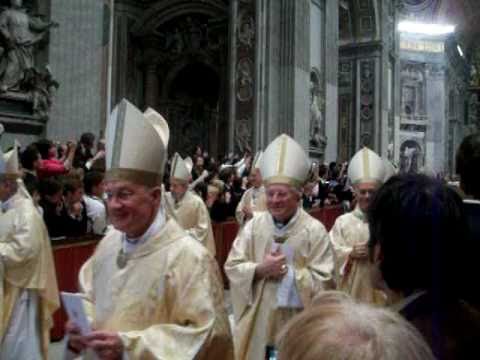 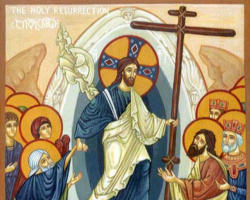 The Resurrection of Jesus Christ

P>CHESAPEAKE, VA. (Catholic Online) - In the Epistle reading for our Mass during the day on Easter Sunday, the Apostle Paul reminds the early Christians - and reminds all of us who stand with them in the continuing redemptive mission of the Lord - of an aspect of our celebration. Not only has the Lord whom we love been raised - but we who have been baptized into Him have already been raised with Him!

"Brothers and sisters: If then you were raised with Christ, seek what is above, where Christ is seated at the right hand of God. Think of what is above, not of what is on earth; For you have died, and your life is hidden with Christ in God. When Christ your life appears, then you too will appear with him in glory." (Col. 3: 1- 4)

At the Easter Vigil the new flame was lit. As a deacon of the Church I had the honor of carrying the Paschal candle into the dark sanctuary proclaiming "Christ our Light". Candle by candle, the light of the Resurrection illuminated the world around us as He who is the Light of the World fills it with His radiance. I had the further privilege of singing that ancient hymn of the Church which captures the depth of the mystery we celebrate today, the Exultet, "Rejoice, heavenly powers! Sing choirs of angels! Exult, all creation around God's throne! Jesus Christ, our King is risen! Sound the trumpet of salvation!"  The words to this hymn offer the deepest  insights into the great event we celebrate.

The Vigil Liturgy readings walked us through the Old Testament into the New Testament - unfolding the great plan of a loving God who did not leave us in sin but sent His only Son into the world to save us and set us free! This world which He had created in love through the Word is now re-created from within through the Incarnation of the Word, the Saving Life, Death and Resurrection, of the Word made Flesh. The one whom the Scriptures proclaim as the first born of the new creation burst forth from the tomb and began the New Creation.

Throughout the world, Catechumens, those prepared through catechesis (instruction in the faith) for Baptism and the Easter sacraments - and Candidates, Christians of other communities whose Baptism the Holy Church recognizes, prepared along with them for the Sacraments of Confirmation and Eucharist, were incorporated into the full communion of Church, the Risen Body of the One who has been Raised; the One in whom we have been raised.

The palpable joy of Easter flooded Christians as we witnessed the power of God, Sacramentally mediated through those saving waters of Baptism, the Oil of Chrism and the reception of the most Holy Eucharist, the Body, Blood, Soul and Divinity of Jesus Christ. Tears flowed like a river and the cold hearts of many of the faithful were enkindled once again by the great Easter Flame.

With the Mass of Easter day we begin the Octave, eight days of feasting on the readings which Holy Mother Church sets out on the table of the Ambo and receiving the Risen One in the most Holy Eucharist, becoming what we consume. We will hear the marvelous post Resurrection accounts and follow the extraordinary change which occurred in the early Apostles as the power of this Resurrection fashioned them into a living witness for the faith.

We will celebrate Easter for fifty days until we celebrate the next great Feast, the Feast of Pentecost. Alleluias will permeate our worship - and they are meant to inform our lives. That is because, in the words of the great western Church Bishop, Augustine, "we are an Easter people and alleluia is our song."

Everything is different now because that Tomb is empty. We are different now because we have been raised with Christ. We have been capacitated, through the Resurrection, to begin living our lives in a new way. Have you have heard the old adage, used often in a disparaging way, "He´s so heavenly he is no earthly good." I suggest again that it misses the mark completely. We Easter people are called to be so heavenly- to live our lives so attractively - that we bring Goodness Himself to the earth. Easter is more than a day, it is a way of living our lives now in Him, and with one another for the sake of the world.

Because He has been raised, heaven has come to earth and earth can now come to heaven. Because He has been raised, the new creation has already begun. The seed of the kingdom is manifested in the Church which is His Risen Body, the sign of the new heaven and new earth. That Holy Place of Habitation where all men and women are called to be set free from the Law of sin and death, live and graze, being fed on His Word and nourished on His Body and Blood,  healed by His Oil of Mercy and prepared for eternity.

As we follow Peter and John, whose story we heard proclaimed in our Gospel lesson for Easter Sunday, we witness the power of the Resurrection at work in the lives of ordinary men and women who become extraordinary by living their lives in Him. No longer afraid, these witnesses of the Resurrection, in the words of the Acts of the Apostles, "turn the world upside down with their preaching." They became so configured to the Lord that they lived and died like Him, for the sake of the world which is being re-born now, because he has been raised. So too can we turn our world upside down because the Resurrection makes all things new, beginning now!

The implications of the Resurrection unfolded for them as they reflected on His saving life and death and yielded to the work of the Holy Spirit in their own lives. So it must for us now, as we realize that Easter is more than a day, it is a way. Time became for them a tutor, no longer a tyrant. Because the sting of death, sin, had been defeated, it became for them a portal into eternal life and communion with the One who has been raised. So it is for each of us who now bear His Name. Time invites us into a field of choice where we can progress in freedom and become configured to the One whose Holy Resurrection we are celebratring.

Easter is more than a Day, it is a Way; A Way of living our lives differently now in Him. We are invited to do that by living them in His Church, which is His Body, for the sake of the world. The Church is the new world, in the course of transfiguration. That world created through Him out of love but which was lost due to sin, is now being made new because that tomb is empty. He came among us and began creation anew. That is what we celebrate. Death has been defeated by His Saving Death. In His Resurrection, we now live no more to die. Darkness has been scattered by the Light which breaks forth from that empty tomb and is meant to infuse our daily lives with the radiance of Resurrected love.  What a Day! What a Way, the Easter Way, Alleluia!