Fr. Randy Sly: You Need to Sweat the Small Stuff

In this new Parable of the Unrighteous Steward, Jesus tells the story of a property manager for a wealthy man who knew he was going to be in trouble for squandering the man's property. The rich man had heard rumors and was calling for a full accounting. Was our Lord actually commending criminal behavior? Absolutely not!! What he was actually underscoring was the fact that people in the world know far better how to use their resources and creativity for their mission. 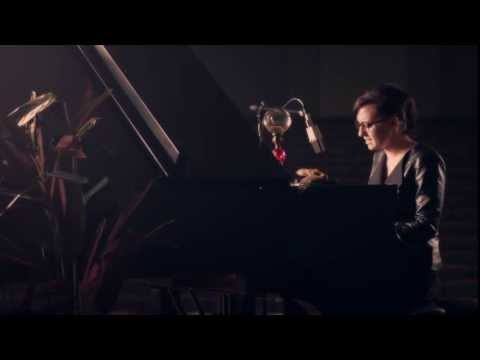 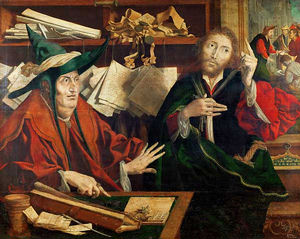 Marinus van Reymerswaele - The parable of the unjust steward (1540) by Cea.

WASHINGTON, DC (Catholic Online) - I wonder if the apostles sometimes just scratched their heads and thought, "where is really going with all this?" In today's gospel passage he has just confront the Pharisees on why he was eating with sinners - to seek and to save that which was lost.

He then goes one to tell them three parables, describing three ways one can get lost. You can be lost accidentally (the lost sheep), carelessly (the lost coin), or intentionally  (the lost son). The important thing he wanted them to know has to do with the heart of God toward any who are lost - they are supremely on his mind; he wants them to repent.

He then directs a parable to his disciples, underscoring how important it is for them to know how God intends for them to approach their ministry to the lost.

Jesus said to his disciples, "A rich man had a steward who was reported to him for squandering his property. He summoned him and said, 'What is this I hear about you? Prepare a full account of your stewardship, because you can no longer be my steward.'

The steward said to himself, 'What shall I do, now that my master is taking the position of steward away from me? I am not strong enough to dig and I am ashamed to beg. I know what I shall do so that, when I am removed from the stewardship, they may welcome me into their homes.'

And the master commended that dishonest steward for acting prudently. For the children of this world are more prudent in dealing with their own generation than the children of light."  (Luke 16:1-8)

In this new Parable of the Unrighteous Steward, Jesus tells the story of a property manager for a wealthy man who knew he was going to be in trouble for squandering the man's property. The rich man had heard rumors and was calling for a full accounting.

At this time the steward decides that the best thing is to prepare a golden parachute for himself. By offering huge discounts on the loans that he had with others, he knew that they would be more inclined to support him when his employer fired him.

When the rich man actually finds out, he commends the steward on his prudent behavior. Actually the word here should be translated "shrewd" behavior. Jesus even adds a comment, saying that "the children of this world are more shrewd in dealing with their own generation than children of light.

Now here's a head-scratcher! Was our Lord actually commending criminal behavior? Absolutely not!! What he was actually underscoring was the fact that people in the world know far better how to use their resources and creativity for their mission.

The Need for Initiative
Let's be clear here. Jesus is not giving any credibility to the steward's methods; he was calling attention to his motivation.

Such methodology is absolutely condemned by the Lord. Through the Prophet Amos, he warns, We will buy the lowly for silver, and the poor for a pair of sandals; even the refuse of the wheat we will sell!" The LORD has sworn by the pride of Jacob: Never will I forget a thing they have done! (Amos 8:6,7)

He is, however, trying to underscore the fact that we have an amazing message for the entire world, a message of salvation, yet we would squander our time and resources. We need to live out our life of faith and learn how to creatively share it with others.

Many years ago I remember hearing a story - and this was a true story - from a lay evangelist who had been praying earnestly one morning about his desire to share the news of the gospel with someone who had not heard about Jesus Christ. Later that day while driving to the store, another driver ran a stop sign and plowed into his car.

Getting out of the car and, after making sure the other man was OK, he simply said, "Isn't it interesting that we should run into each other today. I think I have something I'm supposed to share with you!"

While we don't have to be that extreme, it seems clear that our Lord is calling us to be more attentive to opportunities where ministry can take place. Those "divine moments" when we might have just the right words for someone in need; taking advantage of such special openings.

Drawing a distinction with the behavior of the steward, he underscores the fact that, when we are looking at being stewards of our life and ministry, we need to be very careful not to discount the small things. How we handle small details reveals how we will deal in more important matters.

About a year and a half ago, everyone was excited here in the Greater Washington area as the Space Shuttle Discovery was going to arrive at Dulles International Airport on top of a 747 transport. This would be the final flight, coming to its final resting place at the Smithsonian Air and Space Museum. Seeing the shuttle circle the area several times was a breath-taking sight.

Discovery had another time where it also made headlines for a unique reason. It was in June of 1995 when, just prior to launch, the countdown was halted and the flight delayed due to a problem with the fuel tanks.

Upon investigation, engineers found that woodpeckers - yellow-shafted flickers to be exact - had been pecking holes in the insulating foam of the tanks. This little detail not only prohibited the launch but cost the program millions of dollars!

In the first reading today, St. Paul Epistle to the Romans underscores the importance of our faithfulness in all things. I have written to you rather boldly in some respects to remind you, because of the grace given me by God to be a minister of Christ Jesus to the Gentiles in performing the priestly service of the Gospel of God, so that the offering up of the Gentiles may be acceptable, sanctified by the Holy Spirit. (emphasis mine)

The priesthood of all believers calls us to mobilization - initiating ministry to bring the gospel to those who have not heard. We are called to offer ourselves in ministry to others, whether our work is little or large.

Blessed John Henry Newman wrote a hymn entitled, "Lead Kindly Light." In it he shares some words that can comfort and encourage us as we share in the ministry of Christ.

May He support us all the day long, till the shades lengthen, and the evening comes, and the busy world is hushed, and the fever of life is over, and our work is done! Then in His mercy may He give us a safe lodging, and a holy rest, and peace at the last.

Father Randy Sly is the Associate Editor of Catholic Online and a priest with the Personal Ordinariate of the Chair of St. Peter (http://usordinariate.org) established by the Holy Father, Pope Benedict XVI, through the Apostolic Constitution Anglicanorum Coetibus. He is currently the chaplain of the St. John Fisher Ordinariate Community, a priest in residence at Our Lady of Hope Catholic Church and Director of Pro-Life Activities for the Ordinariate. He is a popular speaker for parishes, apostolates and organizations.