WEDNESDAY HOMILY: Salvation of Souls is Essential, the Rest...is the Rest

You, O man, are without excuse, every one of you who passes judgment. For by the standard by which you judge another you condemn yourself, since you, the judge, do the very same things. Mercy came to us from the LORD, our God.Thus he has given us new life to raise again the house of our God and restore its ruins. 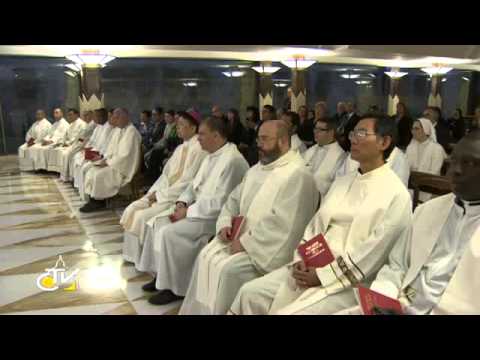 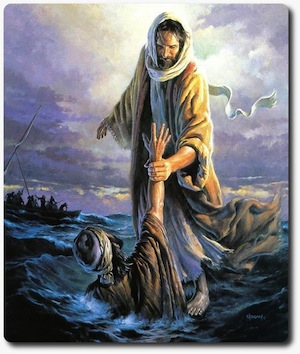 The good news is that Jesus frees us of what is unimportant and focusses us on what is essential: "Woe to you Pharisees!  You pay tithes of mint and of rue and of every garden herb, but you pay no attention to judgment and to love for God."

I personally am hurt by the indifference, the apathy, the faithlessness I encounter among many Catholics, but what is essential? - the salvation of souls.  What is the most important thing for me to never forget that despite how weak I find my fellow Catholics, many of my brothers and sisters who are immersed in a relativistic culture, a pervasive atmosphere of indifference, a moral swamp of willful ignorance, that God has placed them in my life for me to grow in love and service and to offer my life for their salvation.

The other stuff?  Peanuts!  Strain out the gnat but swallow the camel?  Tithe the mint but forget the love of God?  Forget about their salvation but be consumed by their personal preferences or little faults?

Charity ain't easy.  Loving souls with the Heart of Christ demands our all.  It demands that we not get hung up on what is not important but that we never forget to try to bring every last person around us to be with God eternally.

Look at Our Lady.  She was given every grace, merit, blessing, and honor by God, but one thing she was never given - she wasn't ever appointed anyone's judge.  She is Advocata Nostra, Our Advocate.  She is the one who excuses rather than accuses.  The devil is the accuser.  He is the rash judge.  Those who step into the shoes of trying to condemn as many as possible, end up condemning themselves along with the evil one.

At every Holy Sacrifice of the Mass we encounter the innocent Lamb, the condemned Victim, He who removes from our hearts the arrogance of trying to find fault and bestows the humble sweetness of seeking to save.  At that same mystical Sacrifice, we also encounter the Virgin Mother, still standing at the foot of the Cross, still silently pleading for every accused person, all those who through some weakness or indiscretion have fallen yet strive to rise again by her intercession.

But wait, you say?  Does justice, does holiness not demand us to be exact and correct in our estimation of things?  Are we to turn a blind eye to the horrible and gross moral indifference of our times?  By saying, "Do not judge," aren't we also saying that we will contribute to the moral indifference by not resisting evil and pointing it out when others seem to apathetically let it suffocate the rightly developed sense of good and evil?

No.  Actually, being forgiving, excusing our brother's fault, does not numb our sense of sin, it sharpens it.

By being aware of evil around me, especially the mystery of sin working in my brothers and sisters, I become more capable not of pushing them back down into it, but trying to work in intimate union with the Hearts of Jesus and Mary in pulling as many souls out of the muck as I can.  Being acutely aware of my brother's sin doesn't mean that I must condemn him, but makes me all the more alive to the need to help rid him of evil.

When a parent sees a child full of mud, love demands the parent to clean their little one.  A little soul tarnished in its original pristine beauty, should arouse in the hearts of disciples, the desire to work with the Eternal Father, to cleanse them and free them so that they may stand shameless before His glorious Face, and thus find salvation.

May the Hearts of Jesus and Mary, the forgiving, excusing Hearts, form disciples to be the lifeboats of salvation in the midst of an ocean of iniquity of our time, to pull people out of the muck rather than push them down.

-----
Father Samuel Medley, SOLT, is a priest of the Society of Our Lady of the Most Holy Trinity, and is based in Hythe, Kent, United Kingdom.  He speaks to groups around the world on Blessed Pope John Paul II's Theology of the Body.  Visit his homily blog http://medleyminute.blogspot.com or his blog on sexual ethics http://loveandresponsibility.org