The Feast of the Sacred Heart and Our Mission

Free World Class Education
FREE Catholic Classes
The Church marks time by the great events of the life of Jesus Christ and the Christian Faith. In so doing she invites Christians to live differently - in every culture and in every age

The heart is the center of a person, the place from which he/she makes the choices which will affect the world within them and around them. Devotion to the Heart of Jesus reminds us that it is in His Sacred Humanity that we find the pattern for becoming fully human ourselves. In His Incarnation, saving life, death and Resurrection, we receive both the pattern - and the means - to become more like Him. The Feast of the Sacred Heart reminds us of our mission in a Culture which has forgotten God. Let us spend the month of June in Prayer to the Sacred Heart of Jesus, lifting up our Nation, indeed the whole world, to the One in whom we place all of our trust. He will not disappoint; His Heart still beats with Mercy and Love for the world. 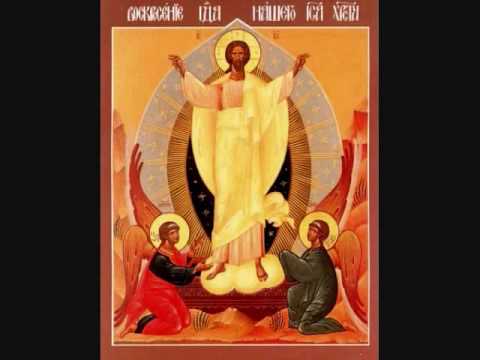 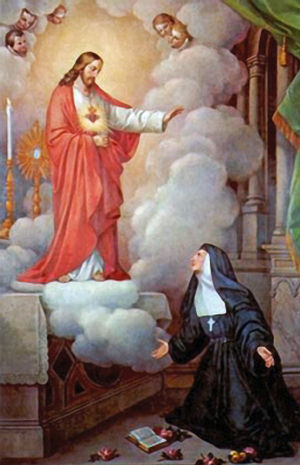 P>FRIDAY HOMILY: The Feast of the Sacred Heart and Our Mission WASHINGTON, DC (Catholic Online) - On May 31, 2013, a presidential proclamation was issued. It can be read in its entirety here. It contains these words:

"NOW, THEREFORE, I, BARACK OBAMA, President of the United States of America, by virtue of the authority vested in me by the Constitution and the laws of the United States, do hereby proclaim June 2013 as Lesbian, Gay, Bisexual, and Transgender Pride Month."

This has been the practice of the Obama administration for several years. In fact, on June 13, 2013, there will be huge reception at the White House to celebrate the official dedication of the entire month as being formally set aside to promote Lesbian, Gay, Bisexual, and Transgender pride.

Catholics follow a very different practice in the month of June. We dedicate the month of June to the Sacred Heart of Jesus. Last weekend we celebrated the Feast of the Body and Blood of Jesus Christ. Today we celebrate the Feast of the Sacred Heart of Jesus. Our readings remind is of the heart of God and His love for every single man, woman and child. He is the Good Shepherd who leaves the ninety nine to find one lost sheep.

In the Gospel, Jesus addressed this parable to the Pharisees and scribes:"What man among you having a hundred sheep and losing one of them would not leave the ninety-nine in the desert and go after the lost one until he finds it? And when he does find it, he sets it on his shoulders with great joy and, upon his arrival home, he calls together his friends and neighbors and says to them, 'Rejoice with me because I have found my lost sheep.' I tell you, in just the same way there will be more joy in heaven over one sinner who repents than over ninety-nine righteous people who have no need of repentance." (Luke 15:3-7)

The Church today, and throughout this month of June, invites us to spend the month reflecting on what it really means to live our lives in such a way that we reveal the Loving Heart of a Merciful God to the whole world.

On May 31, 1992 in Rome, Blessed John Paul II canonized the Jesuit Priest Saint Claude de la Colombiere, the Spiritual Director of Saint Margaret Mary of Alocoque. She was the religious sister to whom the Lord gave a special revelation of His Sacred Heart, filled with redemptive and merciful love for the world.

The priest shared Margaret Mary's devotion to the Heart of Jesus and helped to spread that devotion. This occurred at a critical time when the culture of Europe was steeped in darkness - and the Church staggered from corruption within - a time very much like our own.

At the Mass of canonization the late Pope proclaimed: "For evangelization today, the Heart of Christ must be recognized as the heart of the Church: It is He who calls us to conversion, to reconciliation. It is He who leads pure hearts and those hungering for justice along the way of the Beatitudes. It is He who achieves the warm communion of the members of the one Body. It is He who enables us to adhere to the Good News and to accept the promise of eternal life. It is He who sends us out on mission. The heart-to-heart with Jesus broadens the human heart on a global scale."

The heart is the center of a person, the place from which he/she makes the choices which will affect the world within them and around them. Devotion to the Heart of Jesus reminds us that it is in His Sacred Humanity that we find the pattern for becoming fully human ourselves. In His Incarnation, saving life, death and Resurrection, we receive both the pattern - and the means - to become more like Him.

The leaders of the Second Vatican Council in the Pastoral Constitution on the Mission of the Church in the Modern World wrote, "The truth is that only in the mystery of the incarnate Word does the mystery of man take on light. For Adam, the first man, was a figure of Him Who was to come, namely Christ the Lord. Christ, the final Adam, by the revelation of the mystery of the Father and His love, fully reveals man to man himself and makes his supreme calling clear."  (GS #22)

Two years before he became Pope, Karol Cardinal Wotyla (Blessed John Paul II) spoke to the Catholic Bishops of the United States. His frank observation was republished in the Wall Street Journal on November 9, 1978:

We are living under what Pope Emeritus Benedict XVI called a Dictatorship of Relativism. Relativism denies the existence of any objective truths which can be known through the exercise of reason and should govern our life together as a society. Divorced from norms to guide the exercise of human choice and govern our behavior, we are rapidly declining as a culture.

When there is nothing objectively true which can be known by all and form the basis of our common life then there is no basis for authentic freedom. Instead, we teeter on the brink of anarchy. Marriage is the next target in the advance of the tyranny of the social and cultural engineers.

In his apostolic exhortation on the Eucharist, the Sacrament of Charity, Pope Emeritus Benedict summarized the duty of Catholics when confronted with an assault on authentic marriage:  "Marriage and the family are institutions that must be promoted and defended from every possible misrepresentation of their true nature, since whatever is injurious to them is injurious to society itself."

The Church marks time by the great events of the life of Jesus Christ and the Christian Faith. In so doing she invites Christians to live differently - in every culture and in every age. She also keeps the truths of the faith before a world which needs to be set free from misguided choices.

The early Christians referred to the Church as the world reconciled. They believed, as should we, that the Church is the home of the whole human race. She is a seed of the coming Kingdom. The Catechism affirms:

"To reunite all his children, scattered and led astray by sin, the Father willed to call the whole of humanity together into his Son's Church. The Church is the place where humanity must rediscover its unity and salvation. The Church is "the world reconciled." She is that bark which "in the full sail of the Lord's cross, by the breath of the Holy Spirit, navigates safely in this world." According to another image dear to the Church Fathers, she is prefigured by Noah's ark, which alone saves from the flood."(CCC#845)

Nations also mark time. In their special days and months they send important signals. For example, we recently celebrated "Memorial Day" in the United States of America by honoring those who gave their lives to protect our freedoms. In so doing, we affirmed values which join us together. The various proclamations of our Presidents setting months apart speak to what we as a Nation believe and value.

The question arises, what does this Presidential proclamation reveal about the Nation we love and what is being promoted?

No-one denies that all human beings have fundamental human rights and human dignity because they are human beings. However, that is not what this proclamation or the proclamations of the last several years dedicating June as LGBT Month are about. They are about celebrating a lifestyle choice which does not promote human flourishing or true happiness.

This is a new missionary age. These two very different visions of the human person, human love and the dignity of human sexuality, human flourishing, marriage and the family - and the society founded upon them - are contending for the heart, soul and future of the West. One will lead to true human progress, flourishing and freedom, the other to human degradation and cultural collapse.