Learning from the Faith of Elijah: Resting under the Broom Tree

It is under the broom tree where we learn what may be the more important lesson for the journey of life. That is because it is there where most of us truly live. It is there where we also have the hardest time surrendering our wills to the Will of God. It teaches us how to hear the voice of God in those difficult times in our own lives. When we reach the end of ourselves, we find the beginning of authentic faith. 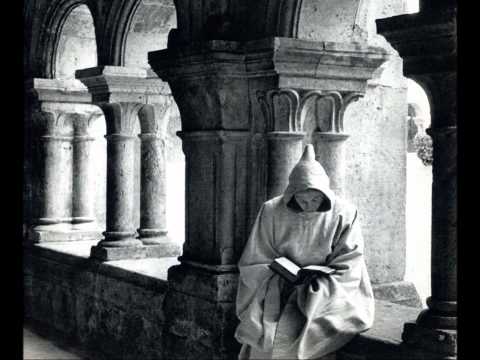 P>CHESAPEAKE, VA (Catholic Online) - I recently wrote an article entitled True and False Spirituality: Beware the Friends of Job or How to Deal With Fair-weather Friends It offered lessons to be learned from Job on living the life of faith.

Another one of my favorite biblical characters is the Prophet Elijah. Many people have heard of the dramatic encounter between this great Old Testament prophet and the prophets of Baal on Mount Carmel. It is recorded in the eighteenth chapter of the Old Testament Book of First Kings.

The prophet confronts hundreds who oppose him in a test of faith. Each builds an altar and calls upon his god to send fire to consume it. Elijah is the only one whose prayer is answered as the Altar and sacrifice are consumed by Fire.

However, many people are not familiar with the story that follows in the next chapter. This same mighty prophet runs for cover-seeking refuge in a desert under a broom tree, begging God to take his life-when confronted by a wicked queen named Jezebel who has heard the news of the encounter from Ahab.

It is under the broom tree where we learn what may be the more important lesson for the journey of life. That is because it is there where most of us truly live. It is there where we also have the hardest time surrendering our wills to the Will of God.

After Elijah confronted the prophets of Baal on Mount Carmel he was exhausted. Then he learned of the threat upon his life from Jezebel. We find this mighty man of God so distraught that he prays for death.

Retreating to a desert to die under a broom tree, he encounters the Lord, who visits him through a messenger. That is what the word Angel means. His surrender to the voice of God, though reluctant at first, shows us a pattern we can imitate in our own lives.

It teaches us how to hear the voice of God not in spite of but even through those difficult times in our own lives.

When we reach the end of ourselves, we find the beginning of authentic faith. We read: "Elijah went a day's journey into the desert, until he came to a broom tree and sat beneath it. He prayed for death saying: "This is enough, O LORD! Take my life, for I am no better than my fathers."

He lay down and fell asleep under the broom tree, but then an angel touched him and ordered him to get up and eat. Elijah looked and there at his head was a hearth cake and a jug of water.

"After he ate and drank, he lay down again, but the angel of the LORD came back a second time, touched him, and ordered, "Get up and eat, else the journey will be too long for you!" He got up, ate, and drank; then strengthened by that food; he walked forty days and forty nights to the mountain of God, Horeb." (1 Kgs. 19:4-8)

I spend a lot of time under the broom tree as I get older. I see it as a holy place, a place of invitation, in the unfolding loving plan of God in my own life. It is under the broom tree - when I feel the least able to continue the struggle -that I learn to surrender myself to the One who always sends His messengers.

There, I often find the sustenance I need for the journey of life and learn the ways of living faith.

Let me be clear, I marvel at the courage of Elijah and the power of the God of Abraham, Isaac, and Jacob to confound the false prophets of Baal. However, it is this same God who chooses to meet and dialogue with Elijah under that broom tree after that dramatic event.

Yet, it is this same Elijah who - even after the Carmel experience - runs into the desert, prays for death, and collapses in exhaustion under the broom tree. How very human. How very encouraging. How very real.

The early Christians referred to death as falling asleep. It was the point of complete surrender into the loving arms of a loving God. In this experience of his weakness Elijah encounters the Lord in a different way. I propose that this encounter reveals the heart of Christian prayer, a call to surrendered love.

Under the broom tree he is fed a hearth cake and water, a Eucharistic symbol. "He got up, ate and drank; then strengthened by that food; he walked forty days and forty nights to the mountain of God, Horeb." (1 Kings 19:8)

There he learns to hear the voice of God as He passed by, not in a mighty wind, an earthquake, or a fire - but in a gentle whisper - the kind that can only be heard by one who has a surrendered ear to hear. Humble - not haughty.

Millennia later, God came as a Man. He spoke on three mountains. On the first, He gave the new law through which His followers would call down the fire of love to consume the world through living their lives of poured-out-love after his Ascension.

On the second, which we hear proclaimed on the Feast of the Transfiguration, He was transfigured before their eyes in the presence of Elijah and Moses, fulfilling both the law and the prophets and showing them the future glory for all who walked in His way.

And on the third, He spoke the words - It is finished - and give himself up in complete surrender to redeem the world that had rejected His love.

There is a mystery here, deep and profound, yet as simple as the broom tree. God is searching for men and women who will surrender their lives in love to Him. Often, it takes the depletion of all of our own efforts and resources before we are willing to give up - and give in - to Him.

When we do, the life of true faith begins. It is there we learn to hear the God of surrendered love in the whisper of the wind. It is there that we learn the Faith of Elijah under the broom tree.