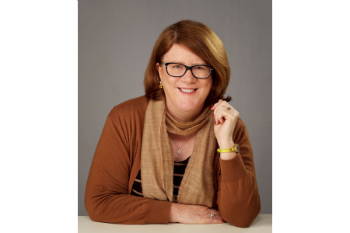 "John Henry Newman famously described a Catholic University as 'an Alma Mater, knowing her children one by one, not a foundry, or a mint, or a treadmill'," said Professor Tracey Rowland of the University of Notre Dame, Australia, and a member of the International Theological Commission.

"I would argue that most of our universities are what Newman would call factories, mints and treadmills, that is, places where thousands of students, known to the university only by their student numbers, pass exams to qualify for employment in a particular field," Rowland said.

Rowland spoke at an Oct. 12 symposium in honor of Newman hosted by the Thomistic Institute at the Angelicum - the Pontifical University of St Thomas Aquinas - on Oct 12.

There are "only a very small number of academic institutions anywhere in the world where something like Newman's vision has any possibility of success. Most of these institutions operate at the level of liberal arts colleges that are specifically Catholic," the professor said.

"Excluded are numerous institutions with the adjective Catholic in their title where no attempt is made to offer a specifically Christian formation of every aspect of the soul, or a specifically Christian integration of the various disciplines, but where there are merely buildings named after local Catholic worthies, a chapel, a chaplain who is a priest if you are lucky, and lots of opportunities to improve the welfare of minority groups," she said.

"The accountants who normally run such institutions might be members of the Catholic Church but the institutions themselves, their ethos, the content of their curricula, their marketing strategies, the beliefs of their faculty members, administrators, janitors and librarians and the bureaucratic idioms found in their policies are not only not Christian but in many cases simply the outcome of corporate ideology."

"Newman would not recognize these institutions as in any sense consistent with his own vision."

The conference, "Newman the Prophet: A Saint for Our Times," was held as part of the celebrations of St. John Henry Newman,'s canonization which took place on Sunday, Oct. 13, in St. Peter's Square. Newman was an expert in university education, and the author of "Idea of a University," a text that Rowland said offers a compelling vision for Catholic universities.

Newman was a 19th century English theologian, author, Catholic priest and cardinal born in 1801. While holding a prestigious teaching position at Oxford University, he converted to the Catholic faith from Anglicanism in 1845. His conversion came at great social and personal cost.

He became a Catholic priest in 1847, and founded the Oratory of St. Philip Neri in England. Continuing his dedication to education, Newman also founded two schools for boys and the Catholic University of Ireland, which later became University College, Dublin.

Rowland said Newman envisioned a Catholic university as a true spiritual mother, where students are known by their professors on a first-name basis and live in a Catholic community, rather than a place for Catholics to simply earn degrees for potential employment - "although this may be a happy secondary effect," she said.

The object of such a university is not an impersonal vision of knowledge for its "own sake," Rowland said, but it exists for the betterment of the souls of students, "with a view to their spiritual welfare and their religious influence and usefulness."

A chief problem of Newman's age was "an ethical atheism" which for many had become "a lived reality of which one is convinced and for which one is willing to die," she said. Many colleges and universities today are either "factories" dispensing degrees for potential employees, or hotbeds of anti-Catholic social theories, Rowland said.

The professor argued that most elite institutions have devolved and distorted senses of the liberal arts.

"In so many of these institutions the liberal arts have morphed into social theory subjects like gender studies and the objective is no longer to produce gentlemen but to form social activists, people who act like trained assassins against the last vestiges of Greco-Roman and Judeo-Christian civilization."

This, she said, is far from Newman's vision of a university.

"A residential university college, limited to a couple of hundred students, can thereby be an 'alma mater' as Newman understood it," she said. Other models that could work today could be Catholic programs at secular universities, such as the University of Chicago's Catholic Studies program, she said.

Rowland praised a few specific institutions: Christendom College in Virginia, the Franciscan University of Steubenville, St. Mary's University in London, among others.

In Newman's university, she continued, a student receives more than "knowledge of great Catholic literature and music, philosophy and theology," but is also "someone whose soul has been nourished by the sacraments," she said.

That kind of formation would foster an "integrated personality," she said, "a personality that is driven by a fully Catholic heart, intellect, memory, will and imagination, all nourished by sacramental graces, all seeking to participate in that which is true, beautiful and good."

A Catholic university must educate students in the Catholic intellectual tradition, she said, but must also equip them to understand modern disciplines like "feminist theory and its spin-offs, queer theory and gender theory," in order "to understand the chaotic dictatorship of relativism into which they have been born."

Having learned to engage various thinkers with "their memories, their intellects, their wills, their imaginations and above all their hearts," Rowland said, such students will be "able to operate with equally high levels of competence across a range of social positions" when they graduate.

"In the final analysis a genuinely Catholic University" according to Newman "would be an alma mater, not a foundry, mint or treadmill, or what we today call a sausage factory, because it would dare to form the human soul with reference to all that true, beautiful and good," Rowland said.