The Department of Health and Human Services (HHS) announced on Wednesday it has put the University of Vermont Medical Center (UVMMC) on notice after several nurses there reported being forced to help with abortions against their moral objections. 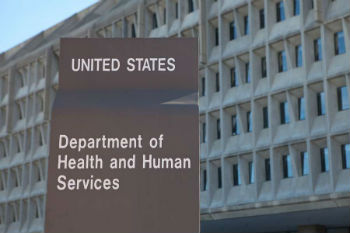 Washington D.C., (CNA) - The Department of Health and Human Services (HHS) announced on Wednesday it has put the University of Vermont Medical Center (UVMMC) on notice after several nurses there reported being forced to help with abortions against their moral objections.

"In a country with many contentious issues, we do not want a society where, on the issue of life and death, people are forced to violate their deepest-held beliefs about it," Roger Severino, director of the HHS Office for Civil Rights, stated to reporters on Aug 28.

"Our investigation has uncovered serious discrimination by UVMMC against nurses and staff who cannot, in good conscience, assist in elective abortions," Severino said in a written statement provided by HHS. "We stand ready to assist UVMMC in changing its policies and procedures to respect conscience rights and remedy the effects of its discrimination."

The Department of Health and Human Services has issued a Notice of Violation to the University of Vermont Medical Center, after it found that a nurse was forced to participate in abortions as a matter of the hospital's official policy; the federal agency says it has already investigated and attempted to "resolve the matter" but the hospital has not yet cooperated.

The medical center violated the Church Amendments, which were enacted in the 1970s to protect health care workers with conscience-based objections to helping with abortions, the HHS said.

The hospital began performing elective abortions in 2017, but did not inform all staffers, "many of which had already informed" the hospital of their objections to assisting in abortions, Severino said on a conference call with reporters.

The nurse at the center of the case was scheduled for a procedure that was apparently dealing with a miscarriage. She had reportedly made her objections to assisting in abortions known for years, but was not told that she was scheduled to help with an abortion until she entered the room and the abortionist informed her, saying "Don't hate me."

This "put the nurse in a tremendous moral quandary," Severino told reporters. The nurse asked for a replacement but her request was refused. She helped with the abortion, and "has been traumatized ever since," Severino said.

The hospital has policies mandating that employees assigned to assist with abortions do so regardless of their religious or moral objections. The current policies "do allow for some accommodation," Severino noted, but are still conditioned upon staffing levels at the hospital, at its discretion.

Federal law, the Church Amendments, put the burden on federally-funded entities to set up procedures so that such cases do not happen, Severino said.

OCR found, in its ensuing investigation, that several other staff members at the hospital were assigned to participate in abortions despite their conscience-based objections, since at least the spring of 2017.

The hospital was "not fully cooperative" with the HHS investigation, and "contested" both the investigation and the allegations, but the agency gathered "more than sufficient evidence" in the case, Severino said.

"There was a coerced abortion, that we are convinced of," he said.

The HHS is basing its Notice of Violation on the Church Amendments, which prohibit discrimination against health care employees who have conscientious objections to assisting in abortions.

Unless the hospital notifies OCR within 30 days that it intends to change its policies to not discriminate any further against health care personnel who object to assisting with abortions, and makes remedies for past incidents of such discrimination, HHS will forward its notice to the Health Resources and Services Administration (HRSA), the branch of HHS that provides funding for the hospital. Severino said that the hospital's HRSA funding had been $1.6 million over a three-year period.

In May, HHS issued a new rule mandating that health care providers receiving federal money first be certified that they comply with more than two dozen legislative protections for health care workers objecting to performing or participating in health care procedures against their conscience; these procedures would include abortions, sterilizations, or gender-transition surgeries.

Previously, HHS had announced a new division of Conscience and Religious Freedom within the Office of Human Rights (OHR), including a new mechanism for health care workers to contact the department directly with complaints of violations of their religious freedom or conscience.

Severino said that while the agency received an average of 1.25 conscience-related complaints per year in eight years, the agency is now receiving hundreds of such complaints per year. In the 2018 fiscal year, over 1,300 complaints in the HHS Conscience and Religious Freedom division were received, and 784 were retained.

He credited the increase to a greater awareness of conscience-based discrimination in health care, and a new willingness of the government to enforce existing law.

Violations of conscience in health care have happened and "it will continue to happen unless there is sufficient, vigorous enforcement" of the law, he said.