A Detailed Explanation Behind The Nativity Scene

The Nativity Scene is a meaningful expression for our religious faith. With it, we provide a captivating visual focus during the Christmas season. In order to fully appreciate all the Nativity is, it is important to understand its origins and the context it was created. 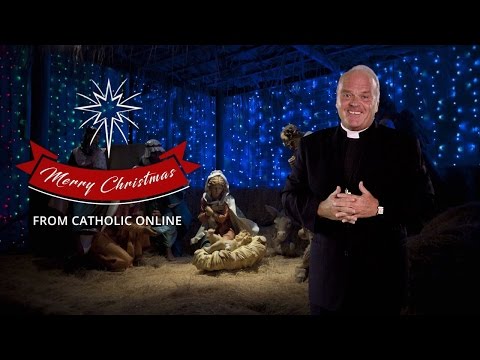 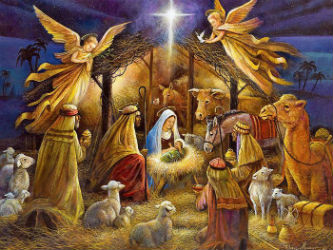 Nativity Scenes are depicted in many different ways and styles based on cultural and Biblical influences.

The three-dimensional or fine art representation of Christ's birth is created using inspiration from a combination of several Biblical texts. When we look at a Nativity Scene, we see the Christ Child, with Mary, Joseph, animals, (occasionally) the shepherds and the wise men.

Christ Child, in the main role of the Nativity, is found at the center of the scene.

Both the Gospel of Luke and Matthew offer an insight into Jesus' earliest life. Luke 2:7 provides one of the most detailed accounts of Jesus' birth. "and she gave birth to a son, her first-born. She wrapped him in swaddling clothes and laid him in a manger because there was no room for them in the living-space."

While early Christian art tends to show the baby Jesus wearing swaddling clothes, medieval and Renaissance Nativity Scenes, have Jesus wearing little or no clothing. The manger, which is a trough for feeding animals, is often made of wood, filled with hay, and placed on the ground in a stable.

Based on what we are told in the Christmas carol "The Friendly Beasts," and the Infancy Gospel of James: 18, the stable was most likely located in a cave and "friendly beasts" stood around baby Jesus.

The Christmas carol "Good Christian Men Rejoice," sings, "ox and ass before Him bow, and He is in the manger now; Christ is born today." The two main animals are never mentioned in the New Testament but are almost always present in Nativity Scenes.

Isaiah 1:3 states, "The ox knows his owner, and the ass his master's crib."

The ox and the donkey have been included in Nativity art since the very beginning. Even if Mary and Joseph are absent, these two animals are there.

The Gospel of Matthew and Luke both make it very clear that the Virgin Mary is the mother of Jesus. Although Mary was occasionally absent from the earlier Nativity depictions, by the end of the 5th century she is always found next to the manger.

On the other side of the manger, Joseph can often be found. The Bible never gives a clear answer on Joseph's age, but based on his statement, "I have sons and am old," we infer that he is older than Mary. In Nativities, Joseph is often seen with grey hair and holding his staff.

The shepherds are mentioned heavily in the Gospel of Luke Chapter 2 verses 8-20. Typically, art historians separated this part of the Christmas story into two different scenes. Nativities often show the shepherds either reacting to the news of the Annunciation or in the act of Adoration.

Gospel of Luke 2:16 reads, "So they [the shepherds] hurried away and found Mary and Joseph, and the baby lying in the manger."

The story of the three wise men (also known as the "magi") is found in the Gospel of Matthew 2:1-12. The three men came from the East to Jerusalem to worship the new "king of Jews." They followed the star shining over the place where the Christ Child lay.

Matthew 2:11 reads, "and going into the house they saw the child with his mother Mary, and falling to their knees they did him homage. Then, opening their treasures, they offered him gifts of gold and frankincense and myrrh."

Though the number of wise men isn't really specified in the Gospel of Matthew, overtime the number became set at three, because it was assumed each man brought forth one gift.

The depiction of the wise men range from eastern dress and headgear to kings with crowns and elaborate garments. Many modern Nativity Scenes have stuck with the king visual.

Overtime, many different Nativity Scenes have been created. Each one is special in its own way. Oftentimes, the visual aspects of the Nativity relate to the culture of where it was created.

St. Francis of Assisi is credited with creating the first ever live Nativity scene in 1223 to encourage further worship of Christ.

Nowadays, the distinct Nativity Scenes and traditions surrounding them can be found all over the world during the Christmas season. They can be placed in homes, churches, even shopping malls.

You can get your very own Nativity Scene right here at Catholic Online Shopping.

For further reading on the birth of Jesus and the details that led to parts of the Nativity scene read: