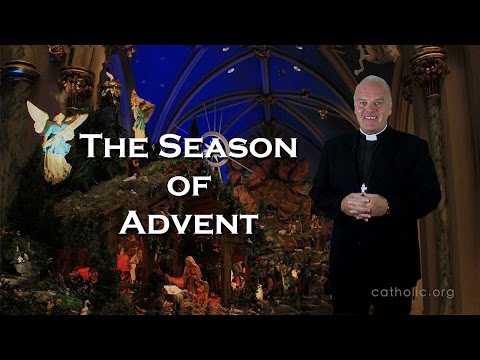 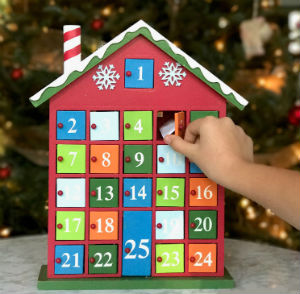 We know Advent has been celebrated since the start of the fourth century. According to Mental Floss, this period was originally "a time for converts to Christianity to prepare for baptism but is now more commonly associated with the anticipation of the anniversary of Christ's birth on December 25."

Advent Calendars don't typically follow the particular period of Advent, as far as days go. Instead, they begin on December 1 and end on December 24.

According to Aletia, "the reason why the Advent calendars start on December 1 and not when the liturgical season begins is because of the wide variation in dates when Advent begins."

According to Richard Sellmer Verlag, the origin of Advent calendars can be traced back to the 19th century. The very first styles of "calendars" came from the German Protestant areas. The story goes, every religious family would make a chalk line on their doors for each day in December until Christmas Eve.

The first Advent calendar object came to existence in 1851.

One of the very first Advent calendar creators was a German man named Gerhard Lang. As a child, Gerhard's mother would make him an Advent Calendar with 24 little candies stuck on a cardboard. Later in life, Gerhard took this idea a step further and printed little pictures that could be situated on a cardboard for each day in December. This became the first printed Advent Calendar, although, it was simply known as a "Christmas-Calendar" at that time.

Richard Sellmer Verlong says, "At the beginning of the 20th Lang produced the first Advent calendars with little doors to open."

Around this time, a separate printing company called, Sankt Johannis Printing Company began printing Advent calendars with Bible verses instead of pictures behind the doors.

The popularity of the Advent calendar really started to spread. Unfortunately, Lang was forced to close up his printing shop around the start of WWII. Cardboard had to be rationed and the production of calendars with pictures was forbidden.

The first printed calendar after the war came from Richard Sellmer in 1946 - this was "The Little Town" Advent calendar.

The Advent calendars full of chocolates were made available in 1958.

President Dwight D. Eisenhower is commonly credited for bringing the popularity of Advent calendars into the United States. During his presidency, he was photographed with his grandchildren opening up an Advent calendar, and the photo ran in many national newspapers.

Since the popularity of the calendars has grown so large, modern culture has taken their own spin on the traditional Advent calendars. There are "kid-friendly" versions with popular characters, like Legos and cartoons. There are "high-class" versions that are very expensive. The Advent calendar has largely become a commercial necessity.

With all the commercial profit and mainstream calendar creations, it can be said that Advent calendars might miss the true meaning of Christmas. However, no matter the calendar, it is an excellent way to help build up joy and excitement leading up to the wonderful day of Christ's birth.