Is God sending a warning? Third megaquake in the year suggests 2018 could be very bad for earthquakes

Residents of Kodiak, Alaska were awakened early Tuesday morning by a 7.9 magnitude quake in the Gulf of Alaska. The quake was powerful enough that a tsunami warning followed, forcing thousands of residents out of their homes in the middle of the night, scrambling to get to higher ground. The 7.9 event is the third and most powerful major quake of 2018. 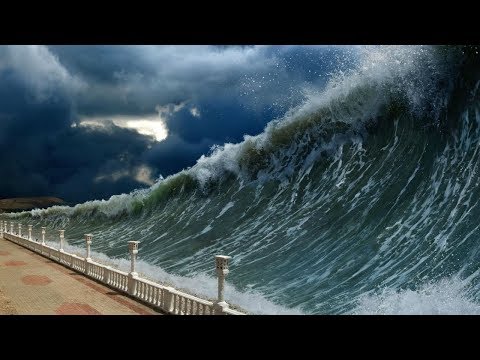 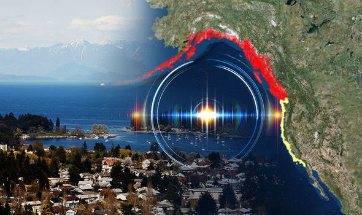 A 7.9 quake struck in the Gulf of Alaska this morning, making it the third 7.0 or larger quake of the year.

LOS ANGELES, CA (California Network) - A massive 7.9 quake struck 150 miles off the coast of Kodiak Island, Alaska at 12:30 AM on Tuesday morning, making it the third quake of 2018 above 7.0 magnitude. The event is noteworthy because it adds a data point to the scientific prediction that 2018 will be a year of major quakes.

On average, Earth experiences about 16 quakes above 7.0 each year. That's about 1.3 per month. However, scientists recently noticed a correlation between a minuscule slowdown in Earth's rotation and a spike in major quake activity which seems to follow five years after the slowdown. They have pinpointed 2018 as the year we should see an uptick in major quakes.

The Earth does not care about our calendar, but coincidentally the big quakes have arrived on cue. There was a 7.7 off the coast of Great Swan island, Honduras on January 10. A 7.1 off the coast of Peru killed one person on January 14. And last night, the Gulf of Alaska was hit with the most powerful quake yet, a 7.9 which triggered tsunami warnings across Alaska, Canada, and the U.S. west coast. Those warnings were canceled about 90 minutes later after no tsunami was observed.

What do these quakes mean? It is still too early to claim that the scientific prediction for 2018 is accurate, however less than a month into the new year we are already ahead of the average when counting quakes of 7.0 magnitude and above. If the big quakes continue to happen at a significantly increased rate, perhaps two or three per month, then there will be justification to say the prediction was accurate. Unfortunately, there is no way to tell if we are on the verge of a major catastrophe, or if this is a coincidence and things will be quiet for a long time to come.

It definitely should be taken as a warning, however. People who live along the Pacific coast around the world know they live on the Ring of Fire. They are aware of the danger from earthquakes, tsunamis, and volcanic eruptions. Each person should prepare a disaster kit for their family that includes a radio with fresh batteries, a flashlight, food, water, clothing, blankets, a first-aid kit, and an emergency supply of important medications. The kit should be stored in a place where it will be protected from the elements, but accessible in the event of a disaster, such as the loss of a home.

From a religious perspective, there are claims that these events are warnings from God, that the people must repent and experience a conversion of their hearts. This is always a true statement, for the need of such change has always existed. We know not the hour or the day, but it behooves each person to take note of these events and to find inspiration to grow closer to one and other and to God in a spirit of faith and love.

Someday, possibly quite soon, one of these major quakes will strike on land. It could happen anywhere from North America to South America, Japan, New Zealand, and so on. When it strikes, thousands may perish. We must be ready, one and all, for both disaster and to meet our Creator, for one is a disaster for all on Earth, the other is a disaster only if we persist in sin.