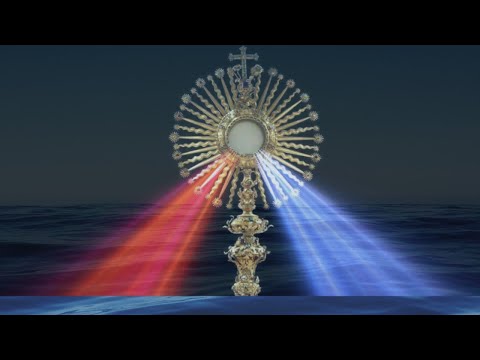 I AM HAPPY TO OFFER EACH OF YOU AN INVITATION TO HOLY MASS ON THE SECOND SUNDAY OF EASTER in the Catholic Diocese of Tyler. The response to offering these liturgies online has been overwhelming. The readings, as always, offer so much for us to reflect on. It is helpful to pray through them and reflect upon them before we assist at Holy Mass.

In our first reading for this Second Sunday of Easter, Divine Mercy Sunday, we hear of the Way of Life which the earliest Christians followed. They were united in both heart and soul and shared what they had with one another. They listened regularly to the instruction and teaching of the Apostles, the first Bishops.

They prayed constantly and celebrated the Eucharist, the breaking of the Bread. And, importantly, they evangelized. As a result of both their words and their witness, the Lord added to their number daily, those who "were being saved". Meaning those who repented of their sins, accepted Jesus Christ as Lord and Savior, and were baptized, thereby entering the Mystical Body of Christ, the Church.


Remember, the early Christians were first called "The Way". This term commends itself to us for our own reflection today. We live in a kind of "New Rome" where men and women have turned away from the Lord. We are called to live differently in their midst so that they can "be saved" and have a full relationship with the Lord Jesus Christ by entering full communion with His Mystical Body, the Church. How are we doing in this missionary challenge? Are we living our faith? Are we telling others about Jesus Christ? We are ALL CALLED TO SHARE THE GOSPEL.

Our second reading at Holy Mass is taken from the fifth chapter of the first letter which the beloved disciple John wrote to all the early churches. We are reminded in another place in that beautiful letter (see, 1 John 4:16) that God is Love and, those who live in love live in God, and God in them. Think about that. We live in God and He lives in us when we love. We also hear this Sunday that when we love the Lord, and put Him first in our lives, we can overcome or conquer what St John calls "the world".


In this context, John is not referring to the created order, which is good. Rather, "the world" refers to the system which has squeezed the Creator out, rejected His ways, and is now worshipping false gods. That is the "world" we are called to conquer or overcome by faith.

Where are we living? In and with the Lord - by living in His mystical Body, the Church, which is a seed of the kingdom to come? Or, in "the world". This week ask the Holy Spirit to show you ways in which "the world" is leading you away from serving the Lord. During this Easter season, the grace is available to leave "the world" and find our real home in the Lord. The call to Christian conversion is an ongoing call.


Our Gospel text for this Second Sunday of Easter is taken from the Gospel of St. John. The Risen Jesus appears to the disciples and says, "Peace be with you". He then breathes on them, imparting the Holy Spirit. He gives them the power to forgive sins and continue His Redemptive mission. Thomas was not with them. When he hears of this encounter, he does not believe. Rather, he insists that he would have to see Jesus and put his hands into His Holy Wounds to believe.


He became a messenger of Mercy to India. He shed his own blood for the Master whom he encountered on that day. And the insistence of Thomas on touching the Holy Wounds presented the Disciple John another opportunity to explain for all of us the truth concerning the Bodily Resurrection of Jesus Christ.

Thomas responds, in his beautiful encounter with the Risen Lord, with these words -- "My Lord and My God!" That response reveals the beating heart of living faith. His proclamation is also a call to living in communion with God. His response has become the exclamation for millions, me included, when we are faced with the Mystery of Mysteries, when the Holy Eucharist is raised by the priest at the elevation during every Mass. I exclaim, quietly, "My Lord and my God".


I suggest that Thomas was not a doubter, rather he was an inspired believer. And he is a model for each of us. Every Holy Mass is a Feast of Divine Mercy, a call to encounter the Risen Lord. Pope St Gregory the Great occupied the Chair of Peter between 590 and 604. He preached a marvelous homily on this encounter between Thomas and the Risen Lord. In it he asked some questions and gave some great insights:


"What conclusion, dear brethren, do you come to? Surely it was not by chance that this chosen disciple, was missing in the first place? Or that on his return he heard, that hearing he doubted, that doubting he touched, and that touching he believed? It was by divine dispensation and not by chance that things so fell out. The Mercy of God worked wonderfully, for when that doubting disciple touched his Masters' wounded flesh, he cured the wound of our disbelief. So, this doubting disciple - who actually touched - became a witness to the reality of the resurrection."

We are all invited to be living witnesses in our own day to the reality of the Resurrection of Jesus Christ. We are all called to become instruments of Divine Mercy. Thomas touched the wounded side of our beloved Savior to heal the wounds of our own disbelief. This Sunday we join with Catholics throughout the whole world in celebrating the Second Sunday of Easter, the Feast of Divine Mercy. The Tomb is Empty. Jesus has been raised from the dead. Alleluia!

Chaplain of Your Catholic Voice Foundation