Join us for the Easter Vigil Mass 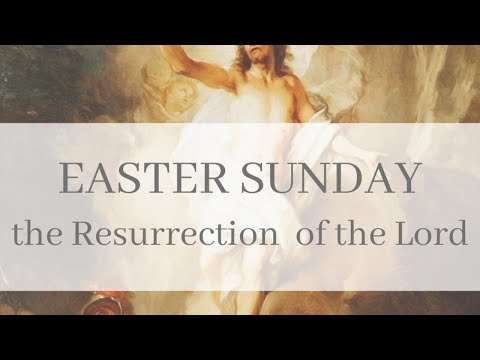 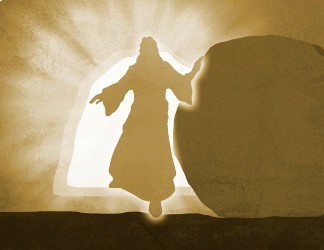 Image by Jeff Jacobs from Pixabay

I AM HAPPY TO OFFER EACH OF YOU AN INVITATION TO HOLY MASS ON EASTER SUNDAY in the Catholic Diocese of Tyler. The response to offering these liturgies online has been overwhelming. The readings, as always, offer so much for us to reflect on. It is helpful to pray through them and reflect upon them before we assist at Holy Mass.

There is no Mass of the Day on Holy Saturday. Rather, we spend the day in prayer, waiting at the Tomb for the Glorious Resurrection of the Lord Jesus Christ. Saturday Evening is the Easter Vigil Liturgy. Now, in keeping with the ancient Hebrew understanding, the Vigil, sundown, begins the new day. As we began the Easter Vigil Liturgy, the new flame, representing the Light of Jesus Christ, was lit outside.

Then, I joined Catholic Deacons around the world in carrying the Paschal candle into the dark sanctuary proclaiming The Light of Christ in an ancient and beautiful chant. The faithful draw light from that new Paschal candle inside a dark church and spread it to one another. The entire sanctuary soon becomes clothed in light as, one by one, men and women and children received the one light from the Paschal Candle which symbolizes Jesus Christ, the Light of the World.

The symbolism speaks of our mission as Christians in the world. Candle by candle, the light of the Resurrection illuminates the world around us as He who is the Light of the World fills it with His radiance. As the Liturgy progresses, Deacons around the world sung that ancient hymn of the Church which captures the depth of the mystery we celebrate on Easter, the Exultet, here is the beginning:

"Exult, let them exult, the hosts of heaven. Exult, let Angel ministers of God exult. Let the trumpet of salvation sound aloud our mighty Kings triumph! Be glad let earth be glad as glory floods her. Ablaze with light from her eternal King, let all corners of the earth be glad, knowing an end to gloom and darkness. Rejoice, let Mother Church also rejoice, arrayed with the lightning of His glory, let this Holy Building shake with joy, filled with the mighty voices of the peoples..."

The words to this ancient hymn offer us deep insights from the early Church into the meaning of what is called the Paschal mystery - the saving conception, nativity, life, death, Resurrection and Ascension of Jesus Christ.

The Easter Vigil Liturgy readings walk us through creation, salvation history, and the new creation in Jesus Christ. The Hebrew Scriptures and then the New Testament unfold for us the great plan of a loving God. The Father who loves us did not leave us in sin - but sent His only Son into the world to save us. Jesus has set us free from the chains of sin and the ravages of death!

There are nine readings. I will reflect on only three. We begin with the first gift of God's love, creation. This theme of creation is woven through all our readings, leading to the Gospel, where the women go to the tomb and find it is empty. Jesus has been raised, creation has begun, anew. Death was defeated by HIS death and the One through whom the first creation came now, Incarnate and raised, begins the New Creation.

The next reading is taken from Genesis chapter 22. It tells the story of the Patriarch Abraham, whom the New Testament tells us is our "Father in Faith". We hear of his willingness to give up his only son, Isaac. Isaac carries the wood for the offering. Abraham is not asked to do make an offering of Isaac. But his obedience of faith is held up as a model for all of us.

The account prefigures the true Sacrifice which wins our Salvation and begins the New Creation. God the Father, offering His only Son, Jesus the Christ, who carries the wood for the sacrifice on his wounded back, in the form of the Cross of Calvary.

The Gospel offered to us for the Easter Vigil is the account of Mary of Magdala and the other Mary finding the EMPTY TOMB in the Gospel of St Mark! The stone was rolled away by an angel. They are told that Jesus has been raised and sent out to tell His Brethren, as the first Christian missionaries. On the Way, they encounter the RISEN LORD!

The tomb is empty. Death could not contain the One who poured Himself out in Love. The light floods the once dark cave and fills the entire world with hope. The debt has been paid, the last enemy death has been defeated, hell has been conquered, the captives have been liberated, love has triumphed, and heavens gates have been opened wide.

He is Alive and all those who stand at the Altar of the Cross, believing in His promise, shall live forever in Him. The tomb is empty. There is a glorified Resurrected Savior, now seated at the right hand of the Father, holding the place He has prepared for each of us. His wounds are glorified now, beautiful, streaming the light of grace upon an earth being reborn, revealing the depth of His love and the Hope that springs eternal. Through taking on our very humanity, He did for us what we could never have done for ourselves.

He "who knew no sin", as the author of the New Testament letter to the Hebrews tells us, Jesus the Christ, walked in the perfect obedience of the Son and bridged the gap between the Father and the sons and daughters who had rejected His invitation to communion, through the offering of His own Body on the altar of the Cross. And now, He lives no more to die! The tomb is empty. Through His passion, His obedience unto death, and His Resurrection, He welcomes us into the very inner life of the Trinity. In Him we make our home in God.

In His sacred humanity He transforms the entire human experience. He invites us to live differently and shows us the path to peace, this way of the fullness of life now and eternal glory in the new world to come. The veil of the tabernacle has been torn. His flesh has become the bridge between heaven and earth. He has opened eternity to all who were bound by the chains of time. He has clothed in glorious freedom those once wrapped in the grave clothes of death.

He has given eternal purpose to the sheep who had wandered aimlessly in empty self pursuits. The tomb is empty. The whole world, created through Him, is now re-created in Him. We see our lives differently as we open ourselves to His Spirit and allow Him to replace our finite vision with the eyes of eternal perspective. Our feet become shod with the hope of the Good News as we walk the journey of faith following in His train. His redemptive mission continues through us to a world waiting to be born anew. He walks through time in His Body on earth, His church; the world reconciled. He invites all men and women to follow Him.

For these who are born again through the waters of Baptism every tomorrow is filled with hope. The tomb is empty We can find the purpose of eternity revealed in the temporal realities of every today. The real "stuff" of our mundane daily lives becomes the ingredients of our own sanctification; the materials out of which the new creation is fashioned anew around us. The materials have not changed; we have, because He lives now in us and we in Him. There is nothing we face alone, no tomorrow that is not redeemed and made new in the timeless One, who, out of endless, eternal, unquenchable love, came into time to redeem and transform it.

The tomb is empty! Life for a Christian is not circular but linear. It is always moving forward to fulfillment in Him. There is a beginning - and an end - which is but a new beginning in the One who is Himself both the Beginning and the End. Time unfolds into eternity in Him who has entered time and transformed it by His life, death, and Resurrection. That Glorious Day, understood by the Church as the first day of the new creation, that Day that the early Christians called the "Eighth Day"; is now upon us. The Day of the Resurrection of Jesus Christ is the portal to eternity.

Jesus is the firstborn, the first-fruits of a new creation and is making all things new now, within us and around us. The tomb is empty. The ground upon which He breathed and formed our first brother Adam, the ground upon which He walked and into which they placed His sacred, lifeless Body, has opened wide. It could not contain Him. He Rose victorious from the dead!

"Be not afraid" He now cries out causing the stones to burst forth in our own lives. "Be gone" He commands as he shines the light that dispels all the darkness! "Now since the children share in blood and flesh, he likewise shared in them, that through death he might destroy the one who has the power of death, that is, the devil, and free those who through fear of death had been subject to slavery all their life. (Hebrews 2:14-15)".

The tomb is empty Life reigns. Death dies - dealt a fatal blow at the hands of the Warrior of love. Through sin, death came into the world, and now through the Sinless One it has been vanquished. No longer an enemy it is a friend, an ally, to those who live their lives in the One who has been raised. No longer an end it becomes a new beginning for all who hide their lives in His wounded side and live their lives forever joined to Him. Nothing can separate us from that Love incarnated in the Crucified, Risen Son of the True and Living God. The tomb is empty When we embrace the implications of that empty tomb we begin to live in eternity, even now. We understand that He holds the future - our future and the future of this whole world that He still loves- in those wounded, glorified hands.

The events that we remember and celebrate during these Holy Days provide a lens, a "hermeneutic" of meaning for everything that happens in our daily lives. Even suffering and loss have beauty and irreplaceable value - redemptive, life transforming value- when we choose to follow the One who has been raised. The world is bathed in the newness of Easter. Happy Easter. The tomb is empty. We have Been Set Free from the Chains of Death and Hope fills the World.

He came to die for us, so that we might live for, in, through and with Him. May the Lord bless you, your families, the Church, and the Nations of the world on this Feast of the Resurrection, this Easter, and throughout the remainder of this pilgrimage of faith called Life. The Tomb is Empty. Jesus has been raised from the dead.