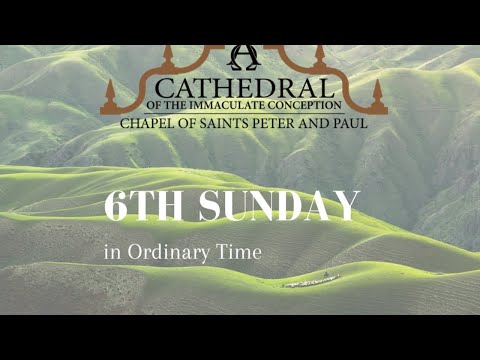 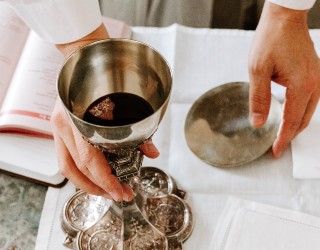 I AM HAPPY TO OFFER EACH OF YOU AN INVITATION TO SUNDAY MASS ON THE SIXTH SUNDAY IN ORDINARY TIME in the Catholic Diocese of Tyler. The response to offering these liturgies online has been overwhelming. The readings, as always, offer so much for us to reflect on. It is helpful to pray through them and reflect upon them before we assist at Holy Mass.

Our first reading is taken from the 13th chapter of the Book of Leviticus. This entire section sets forth laws about food, childbirth, skin disease and infections. The Book of Leviticus was a manual of sorts, intended to instruct Gods people Israel on living the Law and the covenant.

This reading offers the first two verses of this chapter directing that a person with an apparent skin disease must be taken to a priest. But then it skips down to verses 44-46. All in between we read of the concern and care of the entire procedure.

It was intended to assist the one afflicted as well as to protect the community from what was, back then, an incurable, highly contagious, and deadly disease - if it indeed was leprosy. And the following chapters spell out a prayer regimen for the priests in seeking the intervention of the Lord to heal the leper.

So, to our ears, though it may sound "harsh", it was not meant to be harsh - at least in its inception. Over time, lepers were treated harshly by many people and left "outside the camp". Also, some people attributed the disease to sin and so they dismissed the lepers as sinners, failing to show any compassion.

This offers us some great insight into the Gospel text for this Sunday. When Jesus came and inaugurated the Kingdom of God, he healed lepers. He reached out to them in love to bring them into the kingdom He was inaugurating. He cured them by touching them. To those who were familiar with the Book of Leviticus, this was astonishing!

Our second reading presents the last few verses of chapter ten of the Apostle Paul's first letter to the Corinthians. The entirety of chapter ten deals with the lessons the Apostle wants them, and us, to learn from Israel's history. So that we, as Christians, do not make the same mistakes too many of the people of Israel did.

The Mosaic Law, which was intended to liberate, protect, and eventually lead the people of Israel to the promised Messiah, the Christ, had become an impediment to their growing in true faith. For example, the dietary laws, rather than being viewed as a sign of Gods loving concern, became used to exclude. They too often fostered self-righteousness, rather than holiness.

The Apostle Paul instructs the early Christian believers that, though they should respect those who follow the strict observance of the Jewish dietary laws, they should not follow the bad example of many. He tried to honor their customs, whether they were Jew or Gentile. But, he did so in order to bring them all into a saving relationship with Jesus Christ, the One Savior of all, and the fulfillment of the Law.

Every early Christian saw themselves as missionaries. They sought to lead all men and women to Jesus Christ by both their words and their deeds. They were "fishers of men and women", seeking to bring everyone into the boat of the Church. Do we see ourselves this way?

In the Gospel for today's Holy Mass Jesus heals a leper. He does so, out of love and compassion - and by touching Him. WOW! The crowds must have been amazed. Then Jesus instructed the leper to go and show himself to the priest, which was a part of the instructions given in the Book of Leviticus.

The man instead goes out and tells all who would listen that a miracle, a sign of the Kingdom of God, had occurred. Leprosy, the most dreaded disease of that time, had been cured by Jesus - by the touch of the Incarnate Word of God.

The early fathers of the Church drew an analogy between sin and leprosy, but only an analogy. It dealt with the effects of both. If unrepented, sin spreads and corrupts the soul just as leprosy can spread and infect the body. The analogy is a helpful one.

Among the accusations leveled against Jesus, was that he ate with sinners. And indeed, He did. But He always called them to repent. To turn away from sin and turn back to God. Then, He forgave them and dispensed to them the grace which they needed to be converted and healed.

Jesus continues that wonderful mission today, working through His Mystical Body, the Church, in and through the Sacraments.

May the Lord bless you, your families, the Church, and the Nations of the world on this Lord's Day.